After a short (no mater how long, holidays are always too short) summer break, our tradition to introduce you the most important monthly historical events and festivities comes back!

So if you turn up in Vilnius this beautiful and colorful September, here is some history and a few tips for your visit.

The beginning of September is not just about the coming of autumn, for many countries in Europe, it means the start of a new school year. In Lithuania this day is called “The day of science and knowledge” and is dedicated to commemorate the start of a new school year, also followed by most universities in Lithuania. Usually the schools put on a special welcoming ceremony to mark the start of the year. Than, the first graders (youngest kids) enter the school building, followed by 12th-graders (the oldest students) one by one. Teachers give solemn, introductory speeches and children bring flowers to teachers (mainly “sword lilies”). 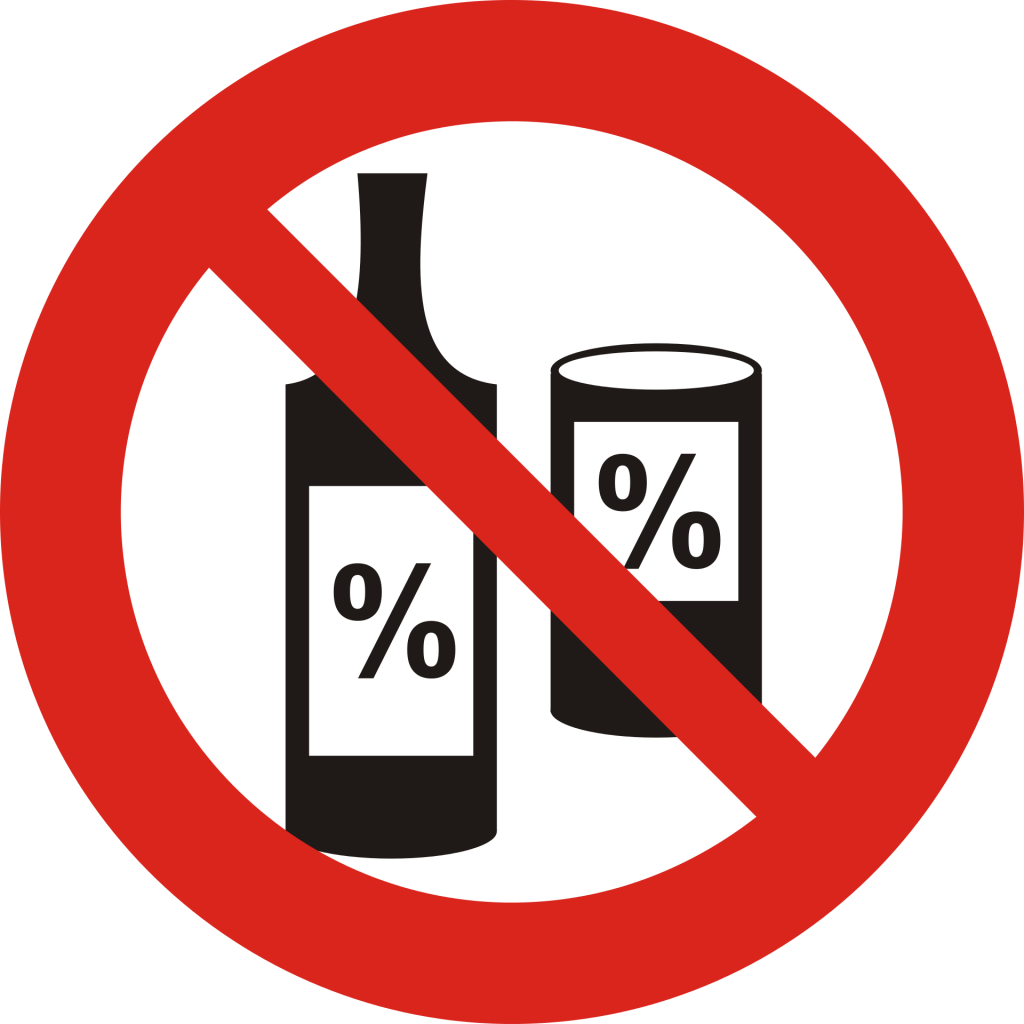 1st of September is  not a full school day, so after the ceremony children return home or hang on with their classmates once the celebrations have finished.  As the statistics of drinking among teenagers are very high in Lithuania, a few years ago the Seimas (Lithuania’s Parliament) prohibited from selling the alcohol in the supermarkets on the 1st of September. This law is meant to stop teenagers from indulging on  the first day of the school year.  The selling of  alcohol is prohibited only in the shops and supermarkets, but restaurants and bars are allowed to sell it.

From the 2nd September till the 4th of September: Vilnius City Fiesta

Traditional festival “The Capital Days” held in Vilnius since 1993, will take place in the city on the first weekend of September. It is one of the largest cultural celebrations in Vilnius that attracts citizens and city guests with hundreds of events such as concerts, exhibitions, street theatre, fashion shows, movies, carnivals, food markets, etc. Everybody is welcome to join, cause all the cultural events are open and free of charge.

The main action will take place in  a part of the Gediminas avenue from Cathedral square to Lukiskiu square that will take the name of “The Buzzing avenue”. All the weekend this street will be full of sounds of music, stylish designers, and delicious food market.

In the very late evening, it is worth to join the Grand live concerts that will take place in the heart of the city – cathedral square.

The 2nd of September

21:00 – Grand opening concert- Marijonas Mikutavicius with the group will perform a huge all night show with the greatest hits.

The 3rd of September

More information about the festival here and here.

The 11th of September: Vilnius Marathon

In the second weekend of September, the streets of Vilnius converts into the runners race. Described by some as one of the most greenest marathons (cause Vilnius is one of the greenest capitals in Europe), the course passes through the old town and the modern part of the town. The race starts and finishes in the very heart of Vilnius – cathedral square. Runners can choose different distances : the most enduring athletes will run the marathon (42 km 195) or half marathon (21 km 98 m)  and can also choose 10 km, 5 km, 1.5 km and 200 m distances.

The full marathon distance was first conquered in Vilnius in 2004. At the beginning, only 200 participants from 10 different countries joined the event at the beginning. The race  was supported by Vilnius City Municipality which saw it as a way to foster healthy lifestyle and put Vilnius on the map of acknowledged marathon cities. Step by step the running event attracted more end more people and in 2013 about 10000 runners participated in the event. The numbers o athletes remained similar until the Covid pandemic hit the world. Thus, this year, only around 6000 runners plan to join the event in all the distances.

As Vilnius is a hilly city, it is impossible to avoid ups and downs in the race. Many athletes have to admit that the route is not the easiest and probably not the best race for personal time records, but the green areas and views while running redeem the efforts.  The Vilnius marathon course record of 2:19:49 was set by Dmitrijs Serjogins from Latvia in 2020 ( while the world record is 2:01:39, 2018 ), the woman’s record of 2:39:40 was set by Diana Lobačevskė from Lithuania in 2020 (the world record is 2:14:04, 2019).

From the 16th till 18th of September: Nations’ Fair

In the middle of September, Vilnius will be hosting another festival on Gediminas Avenue – Nations’ Fair. The aim of the fair is to introduce the cultural heritage of different ethnic communities residing in Lithuania. Craftsmen and artisans will present  their handmade souvenirs, different nations will cook traditional dishes, the folk songs and dances will entertain the participants of the fair. The small basketball tournament for families (it is impossible to have a festival in Lithuania without basketball) will be organized as well.

The 23rd of September: Autumn Equinox and Baltic Unity Celebration

On September 23, at 04:03 a.m. in Lithuanian time (EET, GMT+3), the sun will shine directly over the equator—the midpoint of the Earth. That means that at this time the day and night become of the same duration and afterwards the days will slowly start getting shorter. It marks the first day of fall and the astronomical autumn begins. As  fruits and vegetables ripen, the traditions to celebrate this moment are associated with the harvest. In ancient times, people used to express their gratitude to the gods for the harvest, begin to prepare for the coldest and darkest time of the year. While the spring equinox is usually joyous occasion, the autumn one used to be  a bit melancholy.

In Vilnius,  the  traditional “Equinox” festival takes place each year. This year, the highlight of the celebration is the sculptures show representing the Goddesses of Old Europe accompanied by sounds and visualizations. All the action starts from 8 pm near the Mindaugas Bridge.

The 23rd of September: National Memorial Day for the Genocide of Lithuanian Jews

The 23rd September is the Holocaust Memorial Day in Lithuania which marks the abolition of the Vilnius Jewish Ghetto. In 1943, on the 23rd-24th of September Vilnius Ghetto was liquidated. Over 8000, men, women, children and elderly were sent to the death camps in Poland, Estonia and Latvia where they were murdered. Hundreds of sick and elderly were taken to Paneriai forest and murdered.

To mark this tragedy, on this day the entrance to the Holocaust exhibition in the Green House and Vilnius Gaon museum of Jewish history is free of charge.

From the 21st of September until the 9th of October: International Theatre Festival SIRENOS

The annual theatre festival has been presented since 2004 and the focus of the festival is contemporary art exchange between Lithuania and the global theatre scene.

The festival program is divided into two parts: Lithuanian Showcase and International.  Thanks to the strong partnerships, city citizens and guests have an opportunity to see not only Lithuanian modern theater performances but also the troops invited from different parts of the world. Most of International shows are held in English, so it can be a nice experience for a chilly Autumn evening during your stay in Vilnius!

Sounds interesting? Check out their website for more information, program and tickets.

Last Tips about the Weather

The weather in Vilnius in September is usually pleasant. The days are still warm, the daytime temperatures ranging from 12 to 22 degrees . However, the rain is still likely, so check the weather forecast very carefully before your visit to Vilnius, since it is possible you might need either an umbrella or windproof jacket here.

If you still need more specific information about the things happening in Vilnius, don’t hesitate to contact us or write at info(eta)vilniusfreetour.lt.

Things to do in Vilnius in September
We use cookies on our website to give you the most relevant experience by remembering your preferences and repeat visits. By clicking “Accept All”, you consent to the use of ALL the cookies. However, you may visit "Cookie Settings" to provide a controlled consent.
Cookie SettingsAccept All
Manage consent

This website uses cookies to improve your experience while you navigate through the website. Out of these, the cookies that are categorized as necessary are stored on your browser as they are essential for the working of basic functionalities of the website. We also use third-party cookies that help us analyze and understand how you use this website. These cookies will be stored in your browser only with your consent. You also have the option to opt-out of these cookies. But opting out of some of these cookies may affect your browsing experience.
Necessary Always Enabled
Necessary cookies are absolutely essential for the website to function properly. These cookies ensure basic functionalities and security features of the website, anonymously.
Functional
Functional cookies help to perform certain functionalities like sharing the content of the website on social media platforms, collect feedbacks, and other third-party features.
Performance
Performance cookies are used to understand and analyze the key performance indexes of the website which helps in delivering a better user experience for the visitors.
Analytics
Analytical cookies are used to understand how visitors interact with the website. These cookies help provide information on metrics the number of visitors, bounce rate, traffic source, etc.
Advertisement
Advertisement cookies are used to provide visitors with relevant ads and marketing campaigns. These cookies track visitors across websites and collect information to provide customized ads.
Others
Other uncategorized cookies are those that are being analyzed and have not been classified into a category as yet.
SAVE & ACCEPT