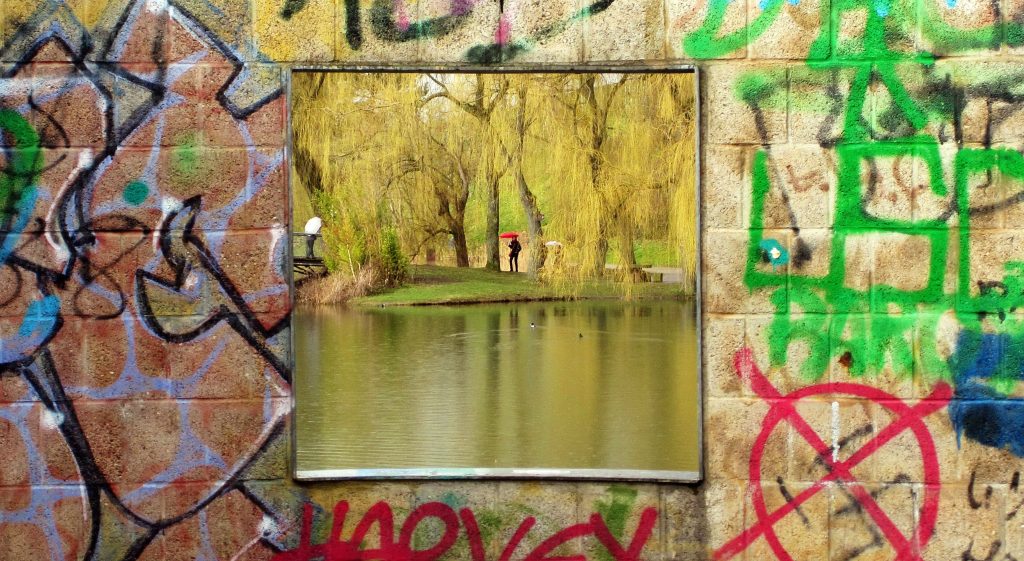 Although the weather may still be quite chilly and damp, the first signs of spring appear in Vilnius. The days get warmer, brighter and longer, so it can be a good time for your visit to the capital of Lithuania. This article is dedicated to informing you about the fairs, celebrations, commemorations and historical events that happened in Vilnius in March.

From the 6th till the 8th of March: St Casimir’s fair in Vilnius

St Casimir’s Fair is is the biggest and the oldest craftsmen festival in Vilnius traditionally held on the weekend nearest to the 4th of March, St. Casimir’s Day. That marks the day when Casimir (the Prince of Poland and Lithuania) was canonized. St. Casimir is the only Lithuanian Saint, so Lithuanians celebrate it’s day wildly.

The huge weekend event turn the streets of Vilnius into a feast of crafts and folk traditions. The township includes craft tents and market places with traditional Lithuanian wood carvings, knit items, jewelry, pottery, metal crafting, leather products. The visitors have an opportunity not only to buy items, but also try out their skills in various craftsmen‘s workshops.

The most popular souvenir from the fair is a round-shaped roll called Baranka. It is a must to bring a necklace of Baranka at home for those who have not visited Kaziukas fair!

One more must souvenir to bring home form the fair is a heart-shaped honey cookie, decorated with colored sugar dots, ornaments, flowers and birds. You can find them dedicated to family members such as “to Mummy“, “To Daddy” or different Lithuanian names. It is fun to search for the cookie of your beloved ones and make a surprising present afterwards!

3. Palm made of dried flowers

The traditional souvenir of the fair is a “palm” made of dried flowers called “Verba“ which is consecrated on a Palm Sunday (last Sunday before Easter).

Apart from unique local shopping experience, the fair is also a good opportunity to enjoy Lithuanian Folklore, join street theater performances, feel the history of ancient Vilnius and taste the culinary heritage of different nationalities that used to live in Vilnius.

Check the program of the fair events here.

International women‘s day is not an official holiday in Lithuania, but it is still widely celebrated. 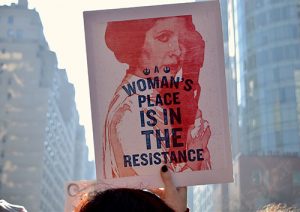 In many countries,  this day  has a slightly  political flavour and is a time to reflect on progress made in emancipation and equality  of a women.  This day emerged at the turn of twentieth century in United States to mark the importance of women‘s rights in labor, property, ownership, education and voting.

Lithuania was surprisingly fast to adopt political rights to women. The first commemoration of International Women‘s day took place in 1914 and in 1919 the women gained  the right to vote surpassing long-established Western democracies like USA (1920), France (1944), Switzerland (1971) and others.

During the Soviet times, women‘s role in Lithuania gained a bit of a different nature,  Lithuanian women had to adopt to a „Socialist Gender Equality” principles. Women had to work a full day and serve socialist state’s needs. Heroism of a working women  was emphasized all over the country. Women had jobs  in collective farms, factories,  and in more white-collar spheres such as medicine and education, that were previously dominated by men.

In Soviet times, the political motives of the Women‘s day  moved to the background and it became the celebration like a cross between Mother’s Day and St. Valentine’s Day. This trend still exists today. Every 8th of March in Lithuania is a day when men express their love and appreciation to women by giving flowers, chocolates, postcards and other pleasant gifts.

11th March: Day of Restoration of Independence of Lithuania

In 1940 Lithuania lost its freedom and became a part of the Soviet Empire. In the middle of the Second World War, Soviet invasion was replaced by Nazis, but as Nazis retreated, Soviets took over Lithuania once more in 1944. Lithuania was a part of USSR for more than 45 years.  During all these years Lithuanians survived painful nationalization, industrialization and collectivization processes. Despite the aggressive Soviet politics, Lithuanians never ceased fighting for freedom. Both violent and  silent, secret resistance existed throughout the years of occupation. In late 1980s as „Perestroika“ {restructuring} the period of economical reforms, publicity and  democratization started in Russia, Lithuanian intellectuals took advantage of the new openness and begin seeking independence. In 1988 the political organization, called „Sajudis“ {reformation} was formed that led the struggle for Lithuania’s freedom. During the forthcoming years before the independence, Sajudis organised political demonstrations, protests, Lithuanian press distribution, etc.

In February 1990, Sajudis won a huge majority of the seats in the Supreme Council. Sajudis candidates emphasized that their fundamental purpose was to reestablish the independent Lithuania’s state. Everybody felt that the freedom is just few steps away, but  few would have said it would happen so soon. After less than one month, in 1990, 11th of March, the newly elected parliament, signed an act of restoration of Lithuanian independence. 124 members of the Supreme Council were in favor, 6 absented, but nobody voted against.

This year we are commemorating the 30 years since the rebirth of the Lithuania state, a lot of concerts, parades will take place in Vilnius to commemorate this day.

The public transport is free of charge on this day, so feel free to use it.

St. Patrick’s Day is celebrated on March 17th each year. It is the feast day of Ireland’s patron Saint Patrick. The day is celebrated in Ireland and all over the world by people of Irish heritage.

St. Patrick, patron saint of Ireland, known for converting the Irish to Christianity. He died on March 17 in 461, after spending many years helping people and sharing his beliefs all over Ireland. One of the important symbols of the day is the shamrock, or three-leaf cover. Patrick used the shamrock to help people understand God. The three leaves of the shamrock symbolize the Holy Trinity. 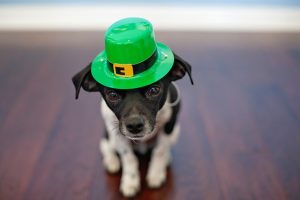 The green is the color of St. Patrick’s Day, but it didn’t use to be that way. Actually, blue used to be St. Patrick’s color. In 1798 during the Irish Rebellion people used green to symbolize their love of country, and made the green clover a national symbol. Since then, St Patrick’s Day has been all about the green. The tradition to dye rivers in green accidentally born in Chicago. The plumbers were searching for holes in the pipes and for this purpose used water dyed in green color. Each year the city of Chicago dyes the Chicago river green, the fountain on the lawn of the White House gets dyed green too.

Even though the Airish community of Lithuania is relatively small, Vilnius commemorates St Patrick’s day wildly since 2012. The Ambassador of Republic of Ireland Mr David Noonan invites citizens of Vilnius and city guests to gather on the banks of river Vilnelė to see it turning green at Užupis Republic. The turn happens at the afternoon and is accompanied by special concerts, Irish dances and lots of fun. So if you visit Vilnius on that day, don’t miss the chance to be the part of this cheerful celebration and don’t forget to bring something green with you. You can check the day’s programme in this link.

Dates for Commemoration of Spring

Although, based on the meteorological calendar, the spring begins on the 1st March, in reality almost the whole month of March is still cold, rainy and damp. Usually it gets warmer only in the end of the month, when the astronomical spring comes. In Lithuania we have few days to mark the forthcoming spring.

20th of March: The Earth day

On 20th of March, Lithuanians will mark an Earth day. This particular day was chosen as the spring equinox happens at that time. On 20th of March, 2020 at 05:49 in EET time, the sun will be shining directly on the Earth’s equator, bringing almost the same amount of daylight to the northern, and darkness to the southern hemispheres. That means that length of the day will be the same as the night and afterwards the days will slowly start getting longer.

It is believed that, in ancient times, before the transition to Julian, and after Gregorian calendar, Lithuanians New Year was celebrated around the time of vernal equinox. Symbolically it makes sense, as it is about a new beginning: the wild animals wake up from winter sleep, the birds fly back from the south, the agricultural season starts.

Nowadays, when people are less dependent on nature, this day has a different perspective. It‘s all about growing awareness of importance to protect the earth, encourage people to “think globally, act locally”: recycle, save energy, use green products, public transportation or bicycles rather than cars.

In Vilnius, the events dedicated to this day, usually take place between Lithuanian National History museum and Cathedral square. Next to the Mindaugas’ bridge, the bonfires will be lighted accompanied by traditional Lithuanian folk music The Earth flag will be raised in front of Lithuanian parliament. 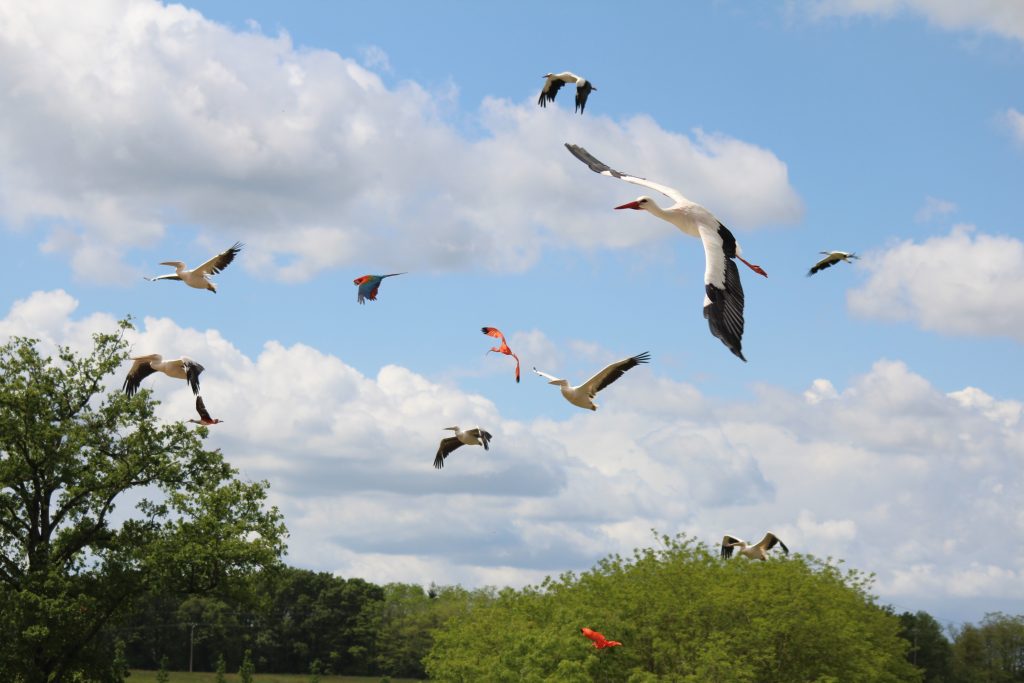 One more day that symbolizes the beginning of spring is the 25th of March- the storks’ day.

White stork is the national bird in Lithuania, therefore Lithuanians have a special day to honor it. Usually around this day the storks return home from the south. As there were times when Lithuanians were celebrating the New Year around this day, so it was believed that the first time you see the stork, can determine the whole year. If the stork is flying, the year will be successful, unmarried girls will find husbands, students will pass exams, but if the stork is on the ground, the year will be poor and infertile, girls will stay in the parents’ house,the student’s will fail their exams. Also, Lithuanian children still believe that it is the stork that brings babies to a family. 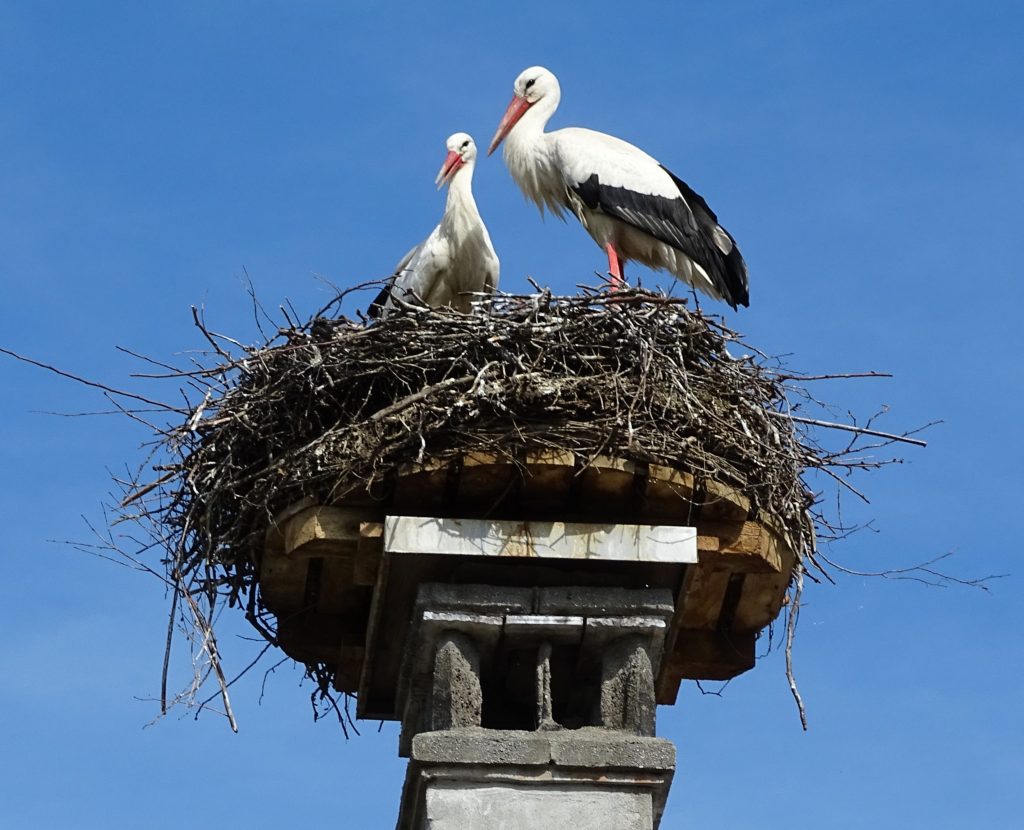 Lithuania is not the only country in Europe where stork is a national bird, but Lithuanians has the highest stork density  of all the European  nations. The nests are visible all over the country, sprouting out of trees and on wagon wheels on top of poles.

Last tips about the weather

March is the first month of spring in Lithuania, but it is still quite cold. The precipitation like light rain or moderate snow is very likely, cause it is  the most damp month of the year. The average temperature is around +5°C, but in the night the mild freeze is still likely to grip Lithuania. We strongly advice to take an umbrella and a windproof jacket for your trip to Vilnius this month.

You can check the weather forecast here. 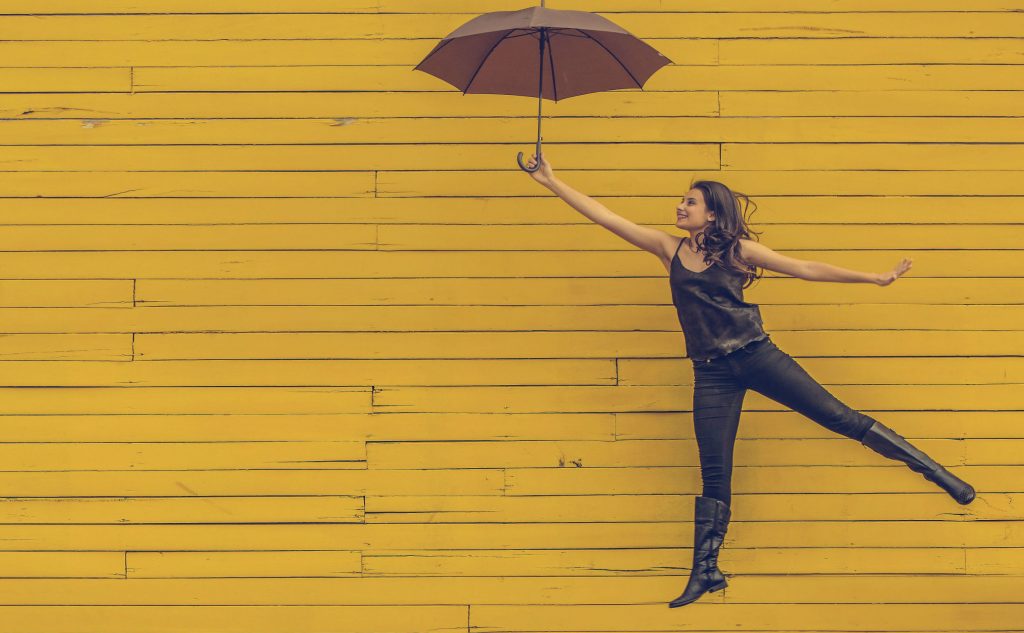 If you need more specific information about the concerts, performances hold in Vilnius, don’t hesitate to contact us at info(eta)vilniusfreetour.lt